U.S. captain Christie Rampone has been named to her fifth Women’s World Cup roster, tying Kristine Lilly for most World Cups for an American player, man or woman. Midfielder Shannon Boxx and forward Abby Wambach will be playing in their fourth World Cups while Carli Lloyd, Hope Solo and Heather O’Reilly make their third Women’s World Cup roster. Ellis named eight players who will be participating for the first time and nine who will be participating for the second time. 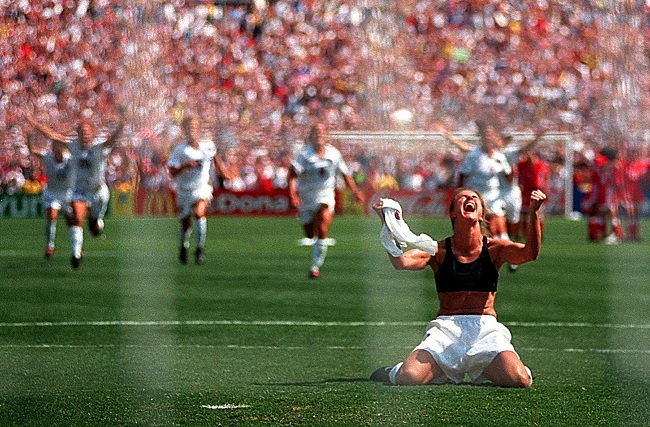 The roster, which features three goalkeepers, eight defenders, seven midfielders and five forwards, is the product of nearly 11 months of player evaluation since Ellis was named head coach in May of 2014. During that time, she has been on the bench for 23 international matches (including two as interim coach before being officially named head coach) and has seen 34 players in training camps, 29 in international matches and many more in NWSL matches. Ellis selected 14 players who were part of the 2012 Olympic gold medal-winning team in London.

“The players selected have the confidence, experience and desire to help us win a world championship,” said Ellis. “We had an excellent group to pick from and at the end of the last camp, I complemented all the players on how much they pushed each other and competed to make this selection challenging.”

The Women’s World Cup roster will make up the squad for the USA’s final three matches before departing for Canada. The three-match Send-Off Series takes place in May and will start when USA faces the Republic of Ireland on Sunday, May 10, at 11:30 a.m. PT at Avaya Stadium in San Jose, California, the new home of Major League Soccer’s San Jose Earthquakes. From there, the USA will travel down the coast for its second Send-Off Series match, facing Mexico on Sunday, May 17, at 6 p.m. PT at StubHub Center in Carson, California. Both California matches will be broadcast on FOX Sports 1.